WE CAN HELP YOU BUILD YOUR BUSINESS WITH

Trust in Leaders Research - The Institute of Leadership & Management

In 2009 The Institute of Leadership & Management undertook research to develop and validate the Index of Leadership Trust (ILT). The ILT provided sophisticated measurements to analyse six core dimensions of trust. The research was repeated during 2010 and 2011, providing a measure of the trajectory of trust in line managers and CEOs over a 3-year period. The data collected enabled us to calculate an overall trust score and a more detailed breakdown of six core dimensions of trust; ability, understanding, fairness, openness, integrity and consistency.

Previously we found that there was a moderate level of trust in organisations but there was scope
for improvement; CEOs were less trusted than direct line managers (although the gap between them was closing towards 2011), and the third sector consistently outperformed the private sector, which outperformed the public sector. In 2009 and 2010 female CEOs were more trusted than male CEOs, a gap that narrowed in 2011.

With trust being a recurring issue that is ever present in the news headlines, The Institute decided to revisit this topic and undertake fresh research to provide useful insights into the current perceptions of the trustworthiness of today’s organisations and their leaders. In this new research, we continued to investigate the original six dimensions of trust and have added ‘accessibility’.

We measured seven dimensions of trust, establishing a trust score out of 100. Our key findings include: 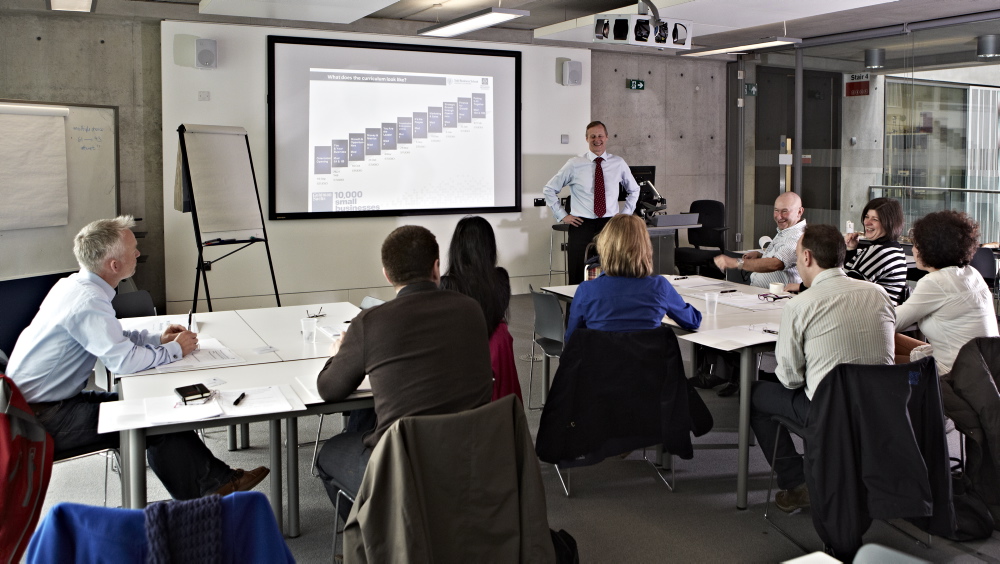 One of our training sessions on performance and growth.

And we'll get back straight away